View Magazines
Check out our good friends over at ARO by clicking the button below!
Australian Railways Online

Photo of the Month - July 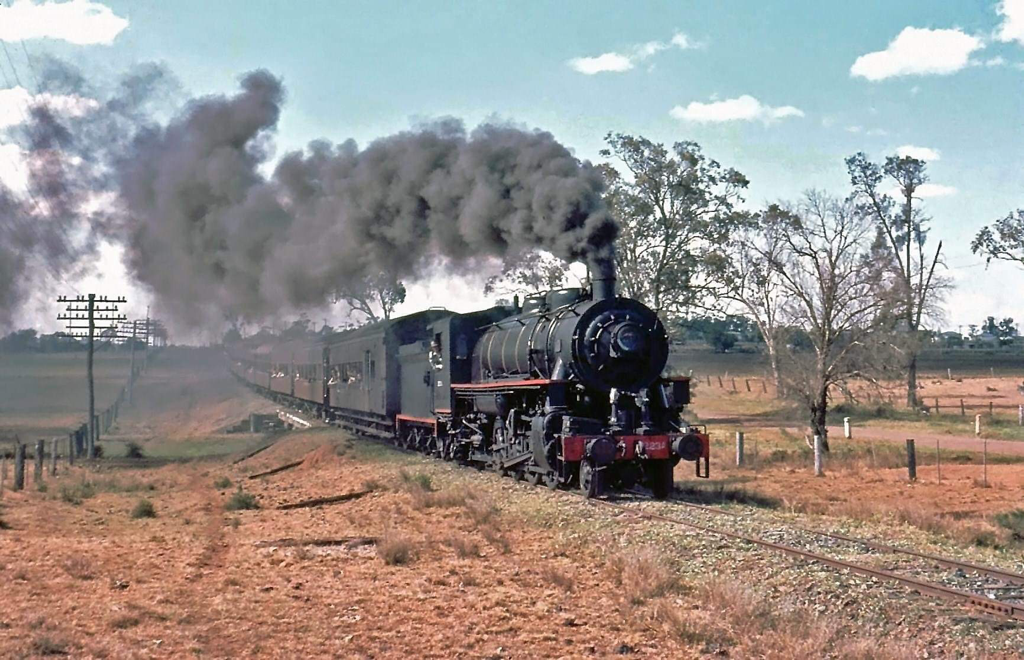 July takes us to 6th October 1968 where we see AC16 Nº 223A returning from Acland with a rake of carriages on an excursion train.

The Acland branch line was originally constructed in 1913. The line stretched opened to Cooyar from Oakey in 1913. It was closed beyond Acland in 1964 with the remaining section continuing to be used until December 1969.


June’s photo takes us back to the early 1900s where we see Isis Mill 0-4-2 loco number 10, affectionately known as “Tassie B” by mill workers and drivers, working a loaded train just to the North of Isis Central.

Sharp Stewart & Company, Glasgow was tasked with building main line locomotives for Tasmania’s North East Dundas Tramway in the late 1890s. Two locomotives were constructed and shipped to Tasmania, dubbed the G class, and were appropriately numbered G1 and G2.

Locomotive G1 obliterated itself and its crew in a violent boiler explosion at Zeehan on the 15th of May 1899. Subsequently a replacement G1 was ordered and built by Sharp Stewart in 1900.

After several years working hard for Tasmanian Government Railways, the locomotives became unneeded and as a result were sold to Central Isis Sugar Mill, where they undertook a conversion and became 0-4-2 tender locomotives numbered 9 and 10.

The locomotives worked through many cane seasons before their eventual withdrawal from Isis Mill in 1962.